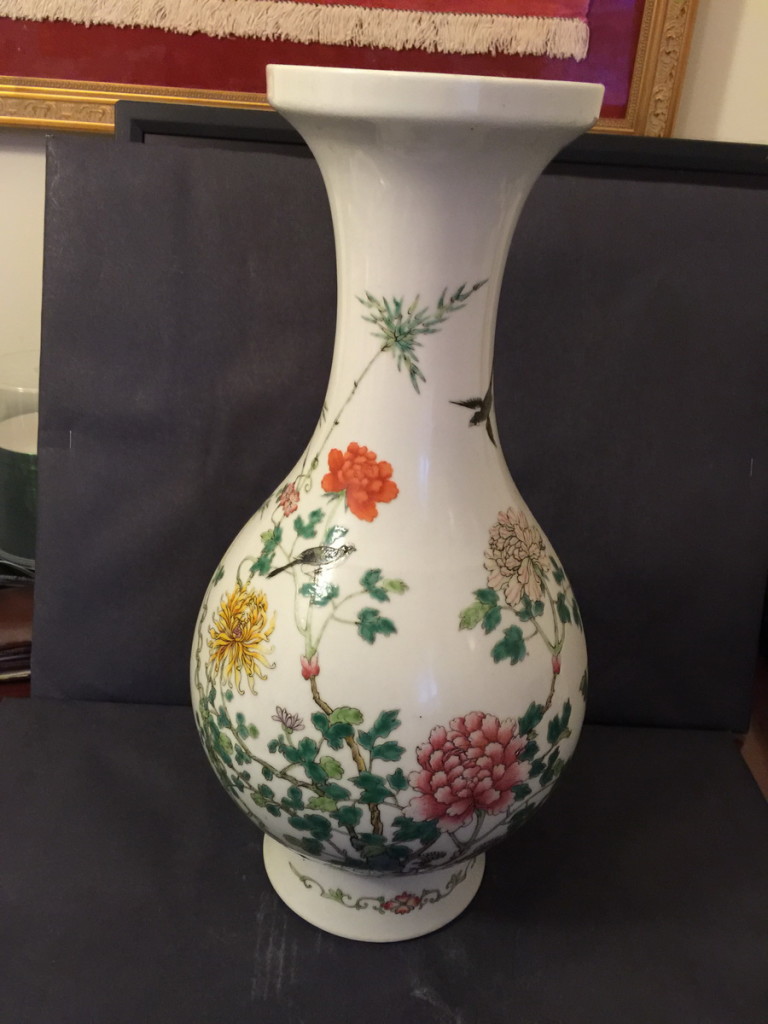 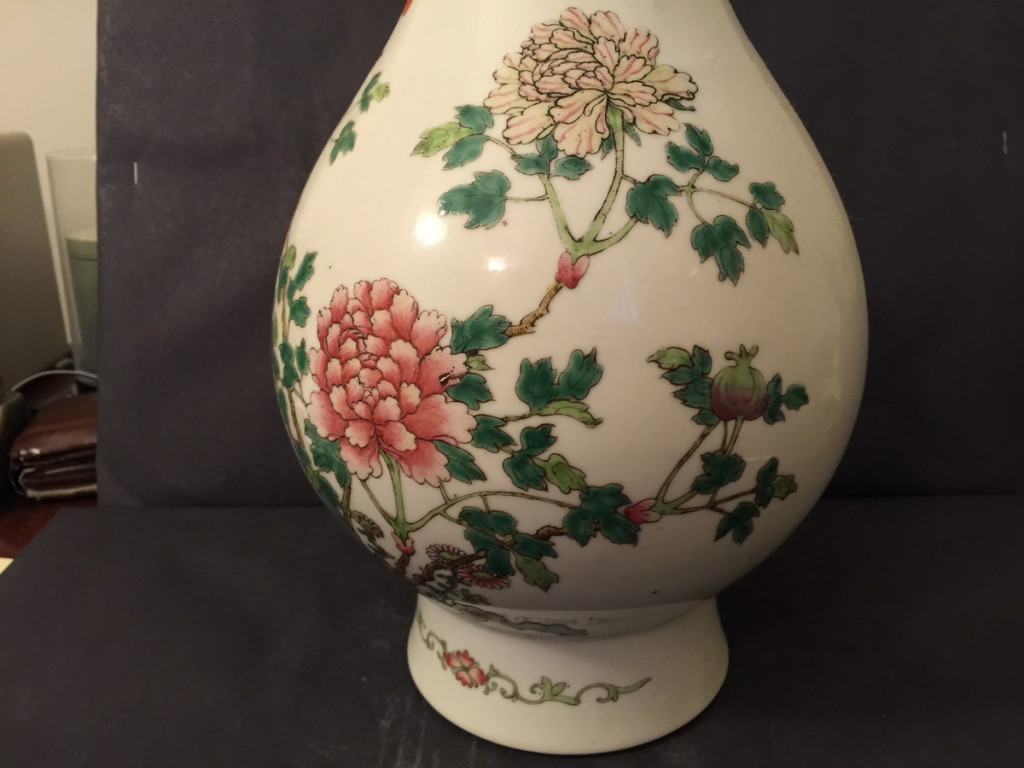 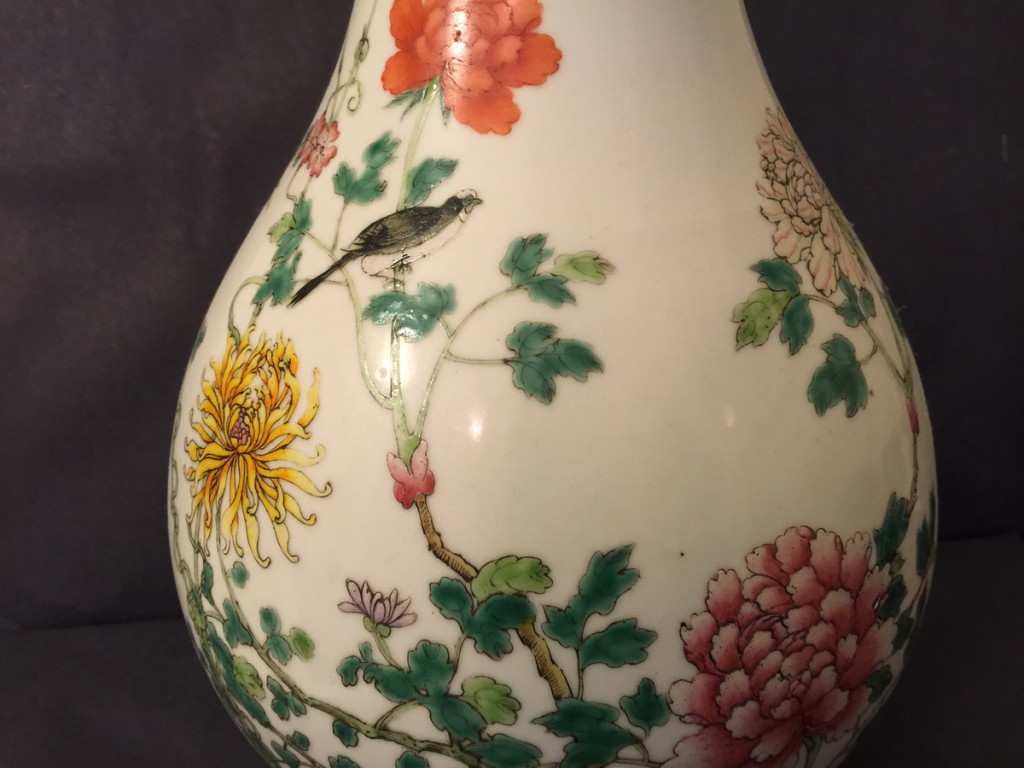 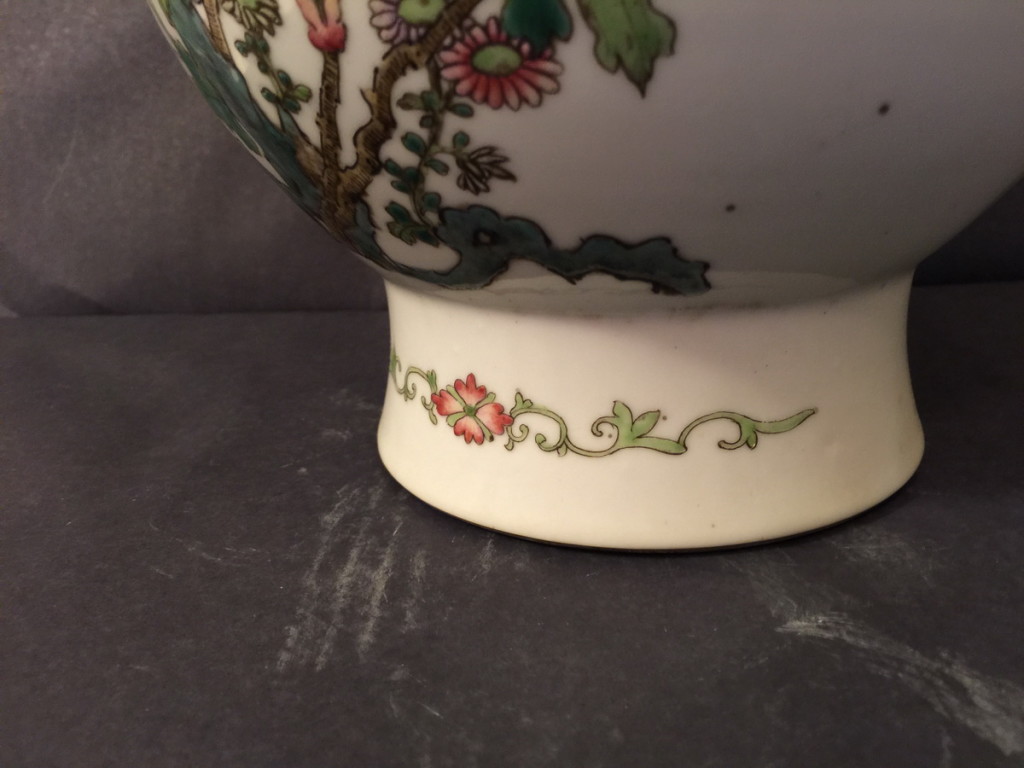 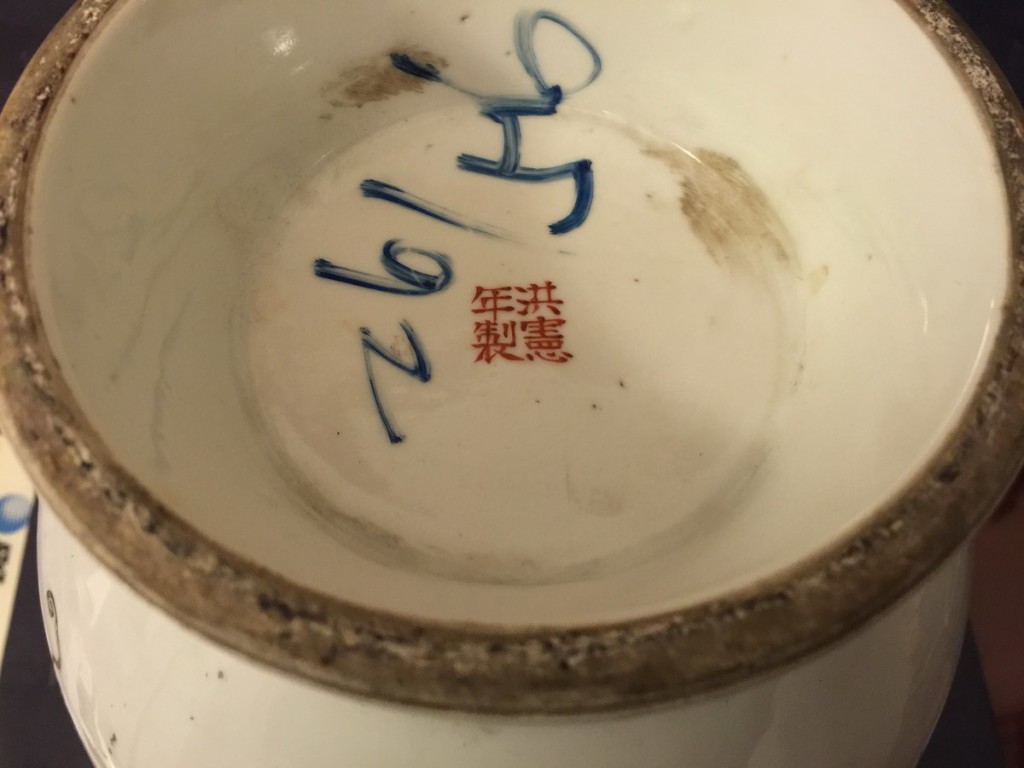 This beautiful floral porcelain vase is rare because of rare mint mark indicating the year the vase made in 1916. The mint mark 洪憲皇帝. This is a transitional period between Qing dynasty and China’s republic stage.  The general Yuan Shikai (16 September 1859 – 6 June 1916) was a Chinese general, and influential politician in late Qing dynasty and he decided to make himself an emperor (instead of being a president vacated by the founder Dr. Sun Yat-Sen) on March 22, 1916. His reign lasted only 74 days. This vase was produced in that short period and hence rare. The theme of this beautiful followed the design of late Qing dynasty with famille red enameled floral tree and magpipes in flight arrangement. This particular vase was collected by the original collector family from that period and handed down.

This vase was exquisitely made and should be in the collection of serious collector of oriental arts because of its rarity.