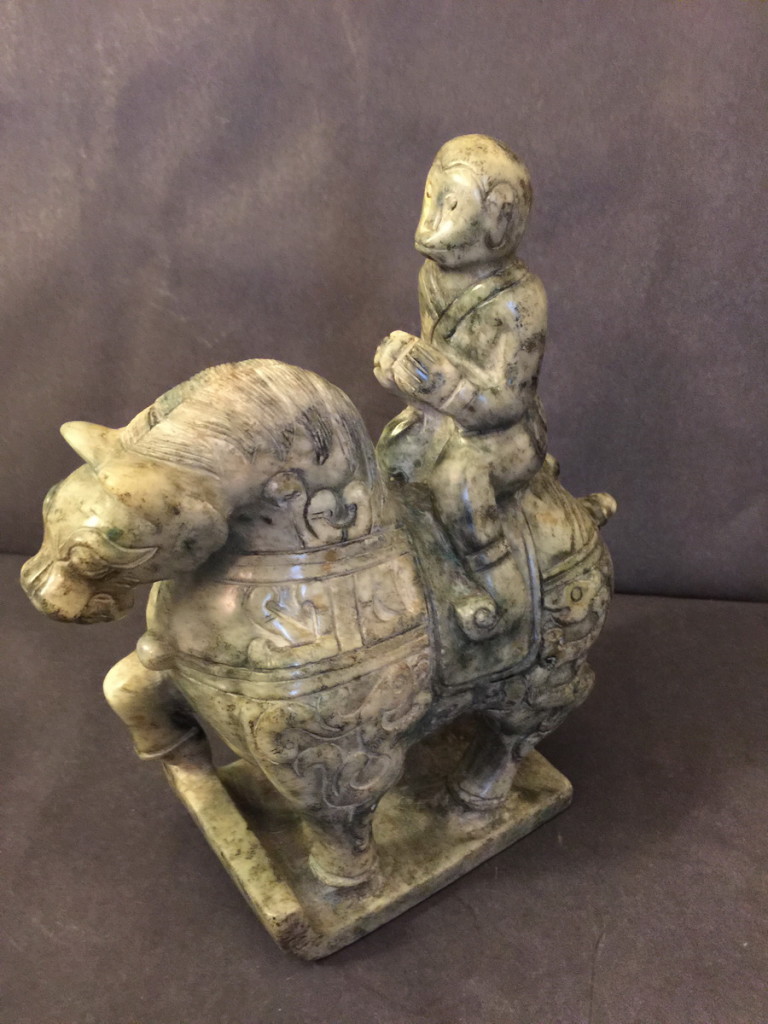 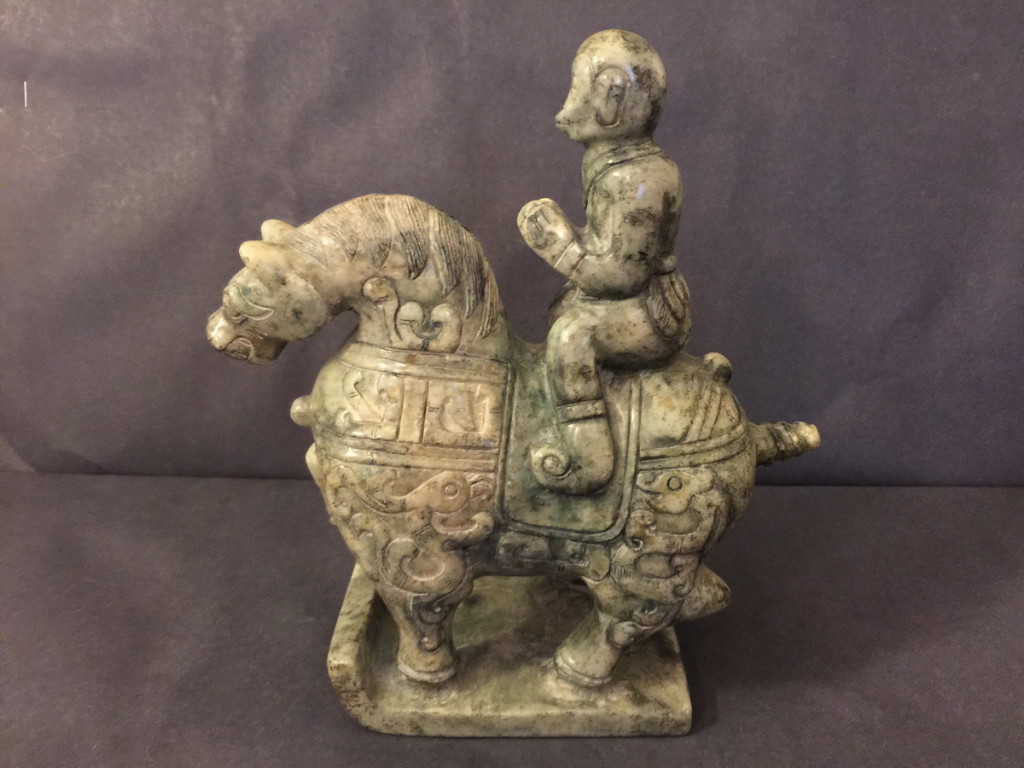 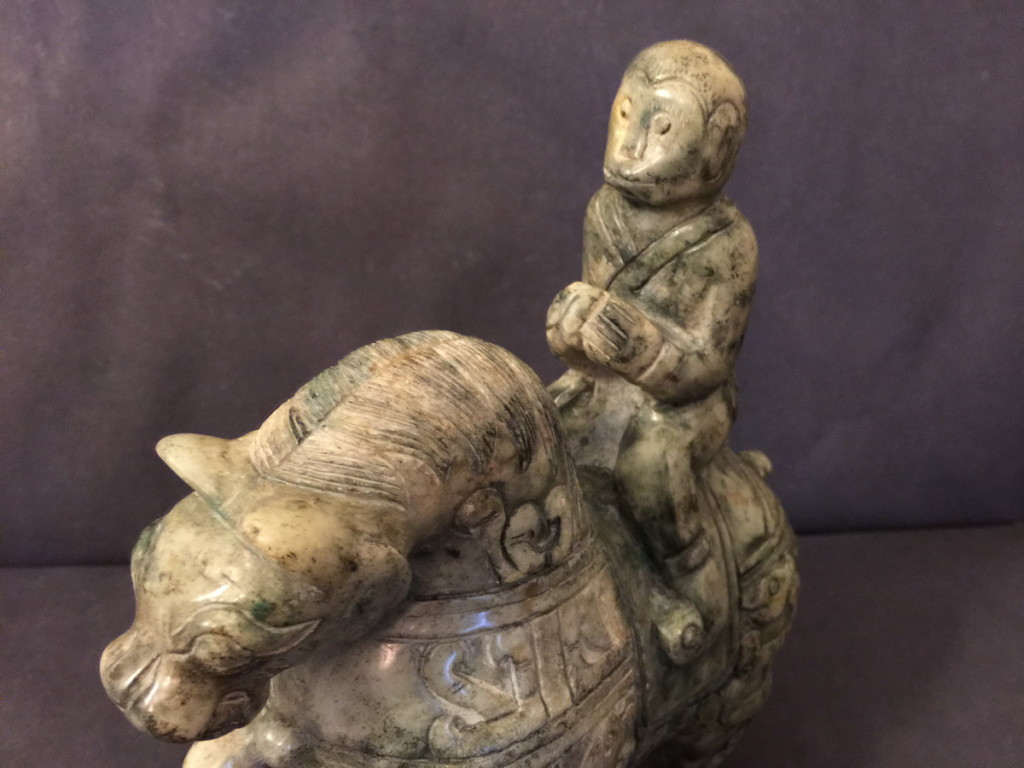 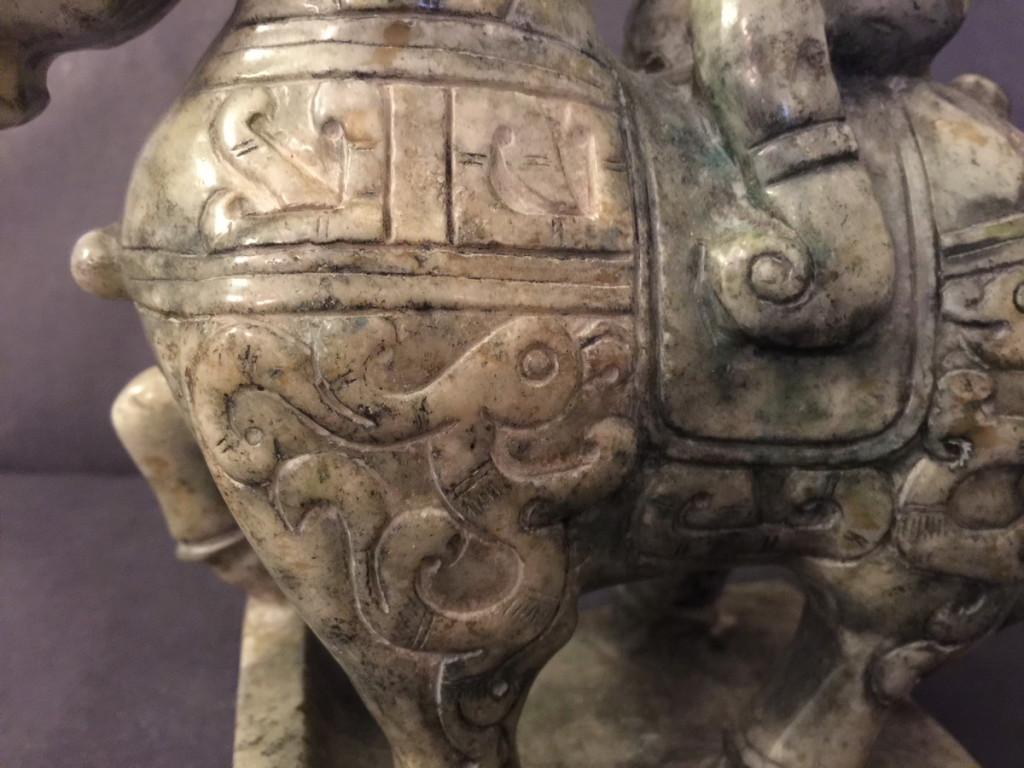 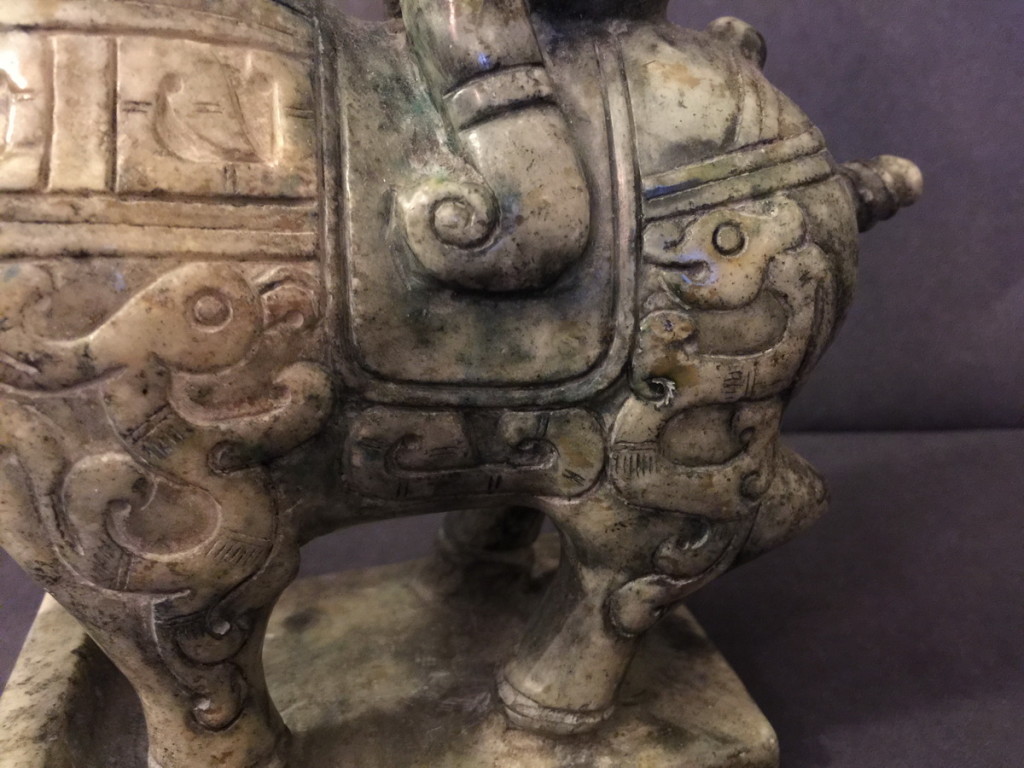 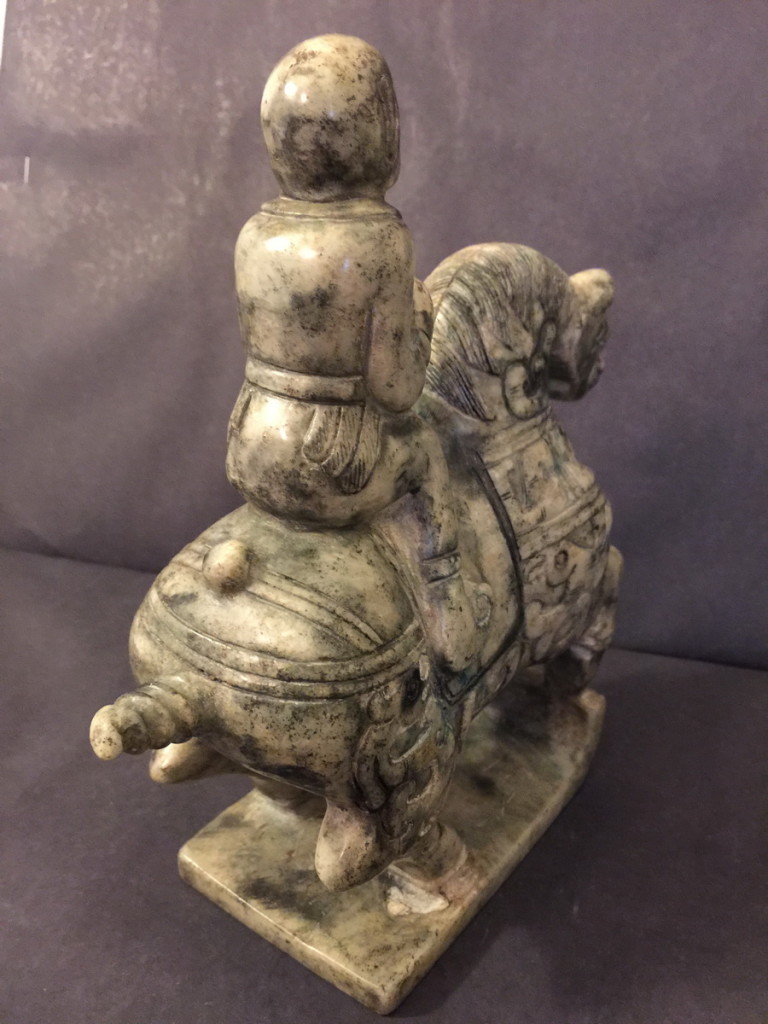 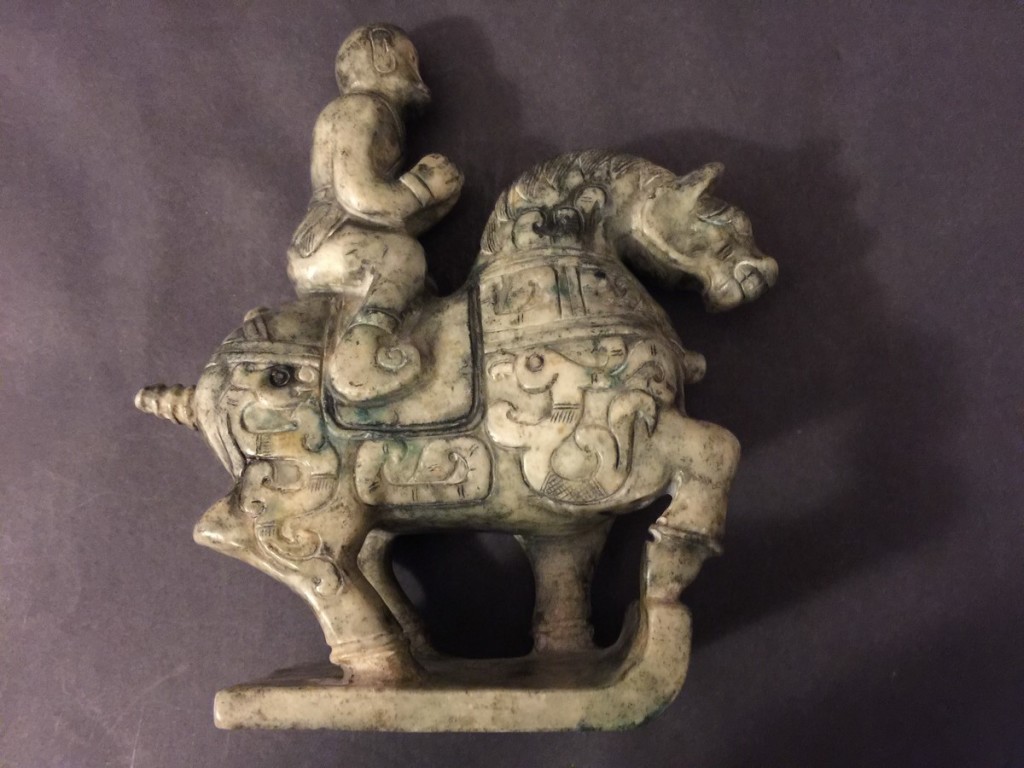 This rare Warring States period (475 and 221 BC) statue of a monkey soldier riding on a war horse has special meaning in ancient Chinese history, particularly of Zhou dynasty (周朝1046-256 BCE). Towards the later period of Zhou, known as Warring States, the emperor is a figure head and there are war lords (侯). The proverbial phrase (馬上封侯) to attain marquis noble statue by the emperor came from this historical period. The symbolism of a monkey riding on a horse has a special cultural meaning. This is a pun and play on the 4 words (馬上封侯) and the symbolic representation of good fortune been handed down to the present days. The modern version of the statues are sometimes used gifts for promotion and good fortune.

This jade statue was extremely well crafted and preserved, probably buried with a high level noble and war lord of Warring States. Of particular interest is the dress of the monkey soldier and its classic curly shoes. The monkey is holding a peach, symbolizing long life. The horse on which the monkey rides is a war horse with the head looking like a dragon and the body sides of the horse have been engraved with dragon and phoenix animals (an ancient culture probably originated with Persia or Assyria empire times). Research might indicated that the horse may point to the famous galloping horse of the western region, i.e. XinJiang and west on the famous silk road. In later Han period, the emperors often traded with the western region for this stock of heavenly “dragon” horses.

This piece is of museum quality and rare to find, given the cultural significance and connotation of symbolism of this statue. Both research and certification were conducted on this particular piece.