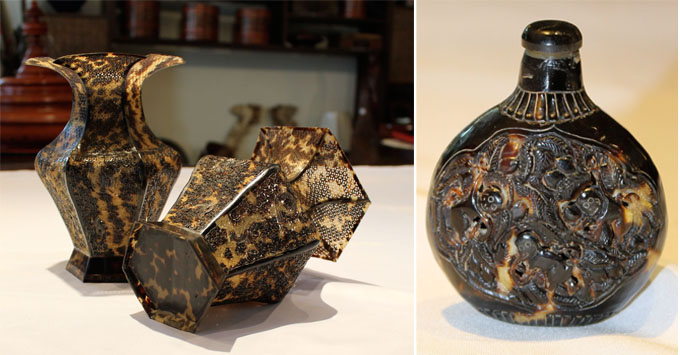 Tortoise shell is the substance that is usually comes from sea turtles, mostly from the endangered specie the Hawksbill, the turtle shell material comes from the area that surround its back and belly.

The tortoise shell on the Hawksbill is divided to two, the back of the tortoise is cover with plates that are more like horns, this called the carapace, while the belly part plates are called plastron, The plastron has more yellowish amber color.

The process to remove the shell from the turtle was done in the past in a very barbaric way, and mostly the animal was boiled in hot water or oil while it was still alive… 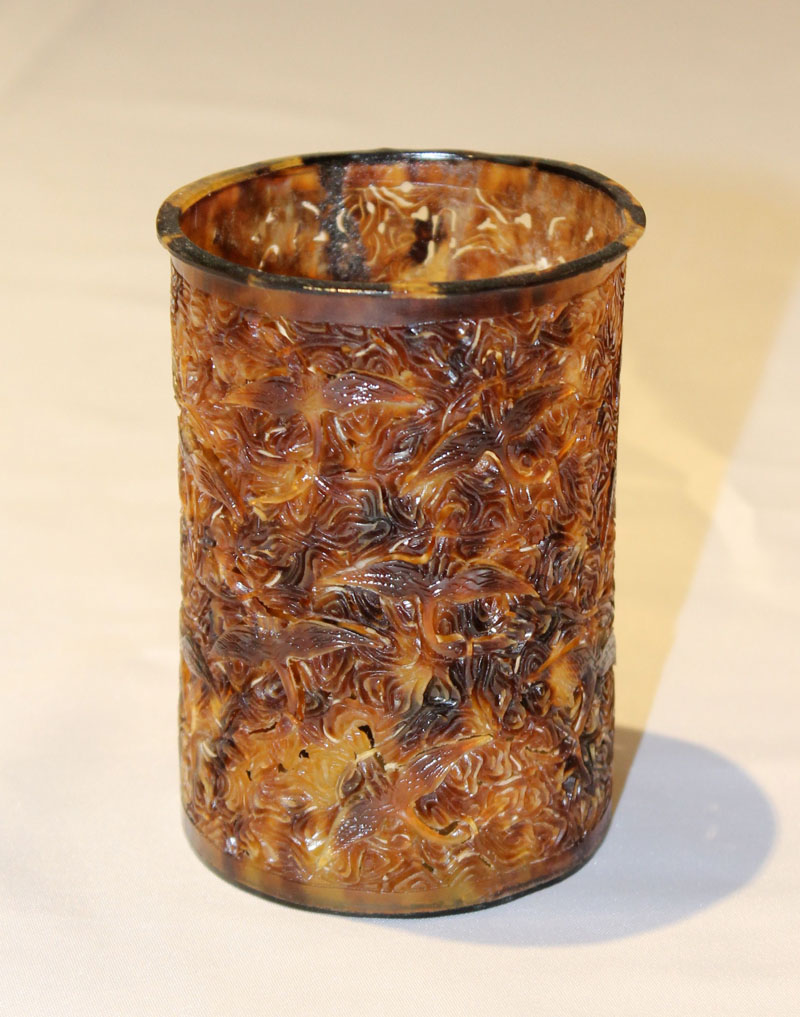 In the past centuries the main use for tortoise shell was to make jewelry, boxes, guitar picks, glasses, hair combs and other items..

The Tortoise shell is highly prized for its beauty, its natural ability to take high polish, its very light weight and durability, also its ability to be heated and softened and then shaped to many forms and be hardened again after cooling.

It also has the ability to be bonded which means that plates can be fused together in order to create bigger ones.

Since it was highly valued there were other material which replaced it for a cheaper price, one of those substance is Horn (derived from cattle), the horn was dyed in tortoise shell color, while some items show very good carving skill and many times could deceive the eye.

In later years of the 19th century scientists have researched for other substances and discovered the Celluloid materials which were cheaper and could be reused, it could be easily shaped by moulds.

Genuine tortoise shell items are handmade, or at least finished by hand, and mostly will show some small imperfections, while synthetic substances are usually done by mould and will often bear signs of the molding process like extra flakes or bumbs. 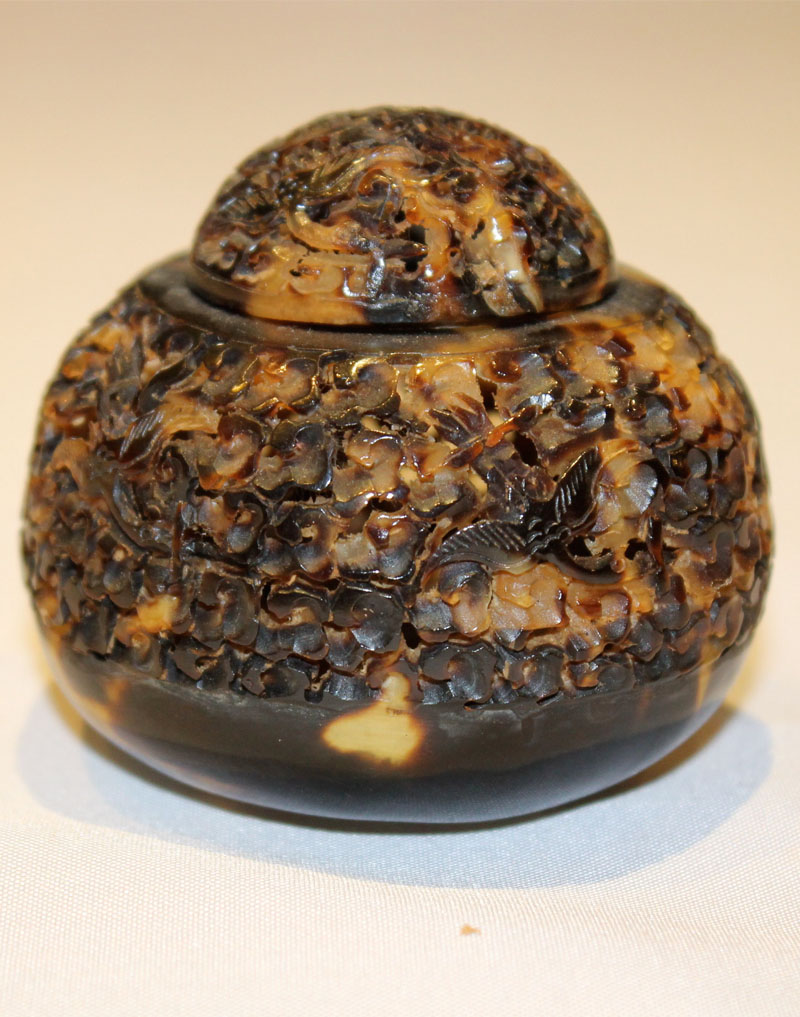 In China, Tortoise shell has been used to satisfy the European needs for those carving, mostly for hair combs and boxes in the Victorian period.

also Tortoise shell has been used for the Chinese Scepter called Ruyi, which was used mostly as ceremonial scepter or Talisman that symbolized power and good fortune, and even snuff bottles were made out of it.

As you can see our collection of tortoise shell items contains hand carved boxes, Ruyi scepters, table painting and even vases.